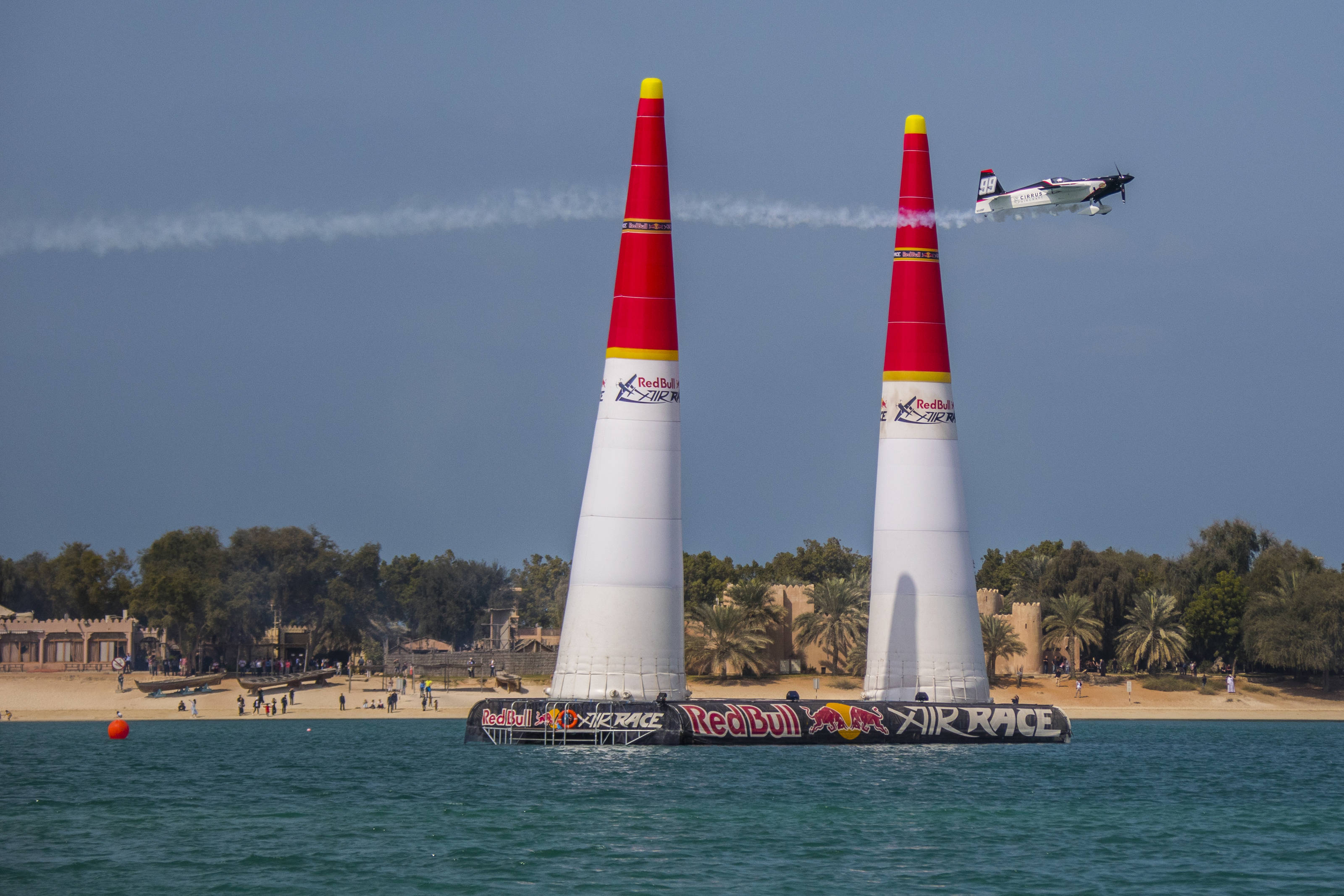 After finishing 2016 with a breakthrough, the USA’s Michael Goulian is kicking off the new Red Bull Air Race World Championship season in Abu Dhabi on February 10-11 with energy, confidence and the best team he’s ever had.

“Something clicked in Vegas.”

American pilot Michael Goulian smiles when he remembers the 2016 Red Bull Air Race season finale. While the race was literally a blow-out, with high winds toppling the pylons, one of the toughest days in the history of the sport was a turning point for his team. 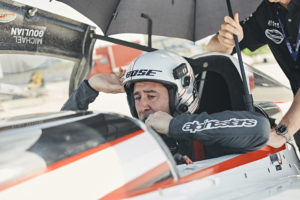 “Despite those conditions, we were able to set a new track record,” Goulian explains. ??It wasn’t easy to smile then: the elation of the achievement made the disappointment even greater when the race was halted early and the team couldn’t capitalize on their momentum – a situation that team coordinator Pablo Branco remembers as “a pretty hard punch in the guts.” But in retrospect, Goulian says, “Hardship makes champions. Our focus and performance in Las Vegas confirmed that everything we’d been working to achieve had come together, and now we’re ready to carry that forward into the new season.”

In fact, as Team Goulian prepares for the opening race of the 2017 World Championship in Abu Dhabi on February 10-11, they’re even better prepared than they were in Las Vegas. In the off-season, they continued their collaboration with engineers from the Brazilian company Advantage Engenharia, who have contributed to improvements for Goulian’s Edge 540 V2 raceplane, including previous aerodynamic enhancements and engine air and cooling systems.

“They’re young, with fresh minds just out of college, and what we love about them is their completely unbiased, clean, out-of-the box thinking,” says Branco. “We achieved a lot last year with internal flow, and for this year we have modified the external cowling shape to what we believe is a very optimized one.”

Because the off-season was so short, the team still has plenty of assessment to do before they’ll know just how much the refinements have enhanced their performance, but in the two test runs they squeezed in before shipping the Edge to Abu Dhabi, they could tell that the raceplane was faster.

“We saved a significant amount of weight, shifted the center of gravity, and spent a lot of time improving the small details that can make a big difference,” Goulian states. “Today it’s definitely a better airplane than it was in Las Vegas.”

According to Branco, the team’s pilot may be even better, too.

“Michael has been working intensely on overall fitness and his racing skills. We have all been working hard on our mindsets and how we work as a team,” says the team coordinator, who notes that while data-based track optimizations are invaluable, there’s also a very important element of “airmanship, and simply human factors, when pilots go out to try and perfectly replicate a computer-generated trajectory.”
He goes on, “Michael flies better when he’s allowed to be an athlete inside the cockpit. Las Vegas was the race where that happened; we somehow figured out a way to disconnect him from all of those parameters, numbers and complicated calculations. He just knew where the fastest line was, went out and flew it.” “Just go out and fly it” could well be the mantra for Team Goulian in 2017. The switch to a new technician, Warren Cilliers, mid-season last year proved to be a perfect fit in both temperament and skill, as he solved nagging technical issues on the way to optimizing performance. And trusted race strategist Steve Hall is already well integrated in the mix. After trying so hard – maybe too hard at times – to get up to speed, finally they know they’ve got the goods to deliver. While the World Championship celebrates its 75th race in Abu Dhabi, Team Goulian will be looking to generate their own reasons for celebration as well.

“For the first time ever, I can say that we have a legit chance of winning the entire series,” Goulian says. “My confidence is higher than ever, and my team is the best we’ve ever had. And we’re firing on all cylinders.”

***
About Red Bull Air Race:
Created in 2003, the Red Bull Air Race World Championship will celebrate its landmark 75th race at the 2017 season opener in Abu Dhabi. The Red Bull Air Race World Championship features the world’s best race pilots in a pure motorsport competition that combines speed, precision and skill. Using the fastest, most agile, lightweight racing planes, pilots hit speeds of 370kmh while enduring forces of up to 10G as they navigate a low-level slalom track marked by 25-meter-high, air-filled pylons. In 2014, the Challenger Cup was conceived to help the next generation of pilots develop the skills needed for potential advancement to the Master Class that vies for the World Championship.